by Bombshell2 weeks ago
Play episode

“Things Will Be Different”

The Little Murders formed out of the ashes of the punk outfit The Fiction. The Melbourne band first fired things up in 1979 and they’ve been crushing it ever since. Led by the British born Rob Griffiths, The Little Murders are one of those rare bands where every song is a winner. Seriously. Every single one. Their songs are hook-filled blasts of melodic pop that rips the cover off the ball every single time. Griffiths is a commanding frontman who just radiates charisma. Over the course of their brilliant career, the Murders have put out classic albums like First Light, We Should Be Home By Now, Dromona Rama and Dig For Plenty
and to say they’re still going strong would be an absurd understatement. They’ve never been better. They have a new EP out called Wait ‘Til The Summer Comes, a new album on the way
and a tribute album just landed called Things Will Be Different: A Tribute To The little Murders. 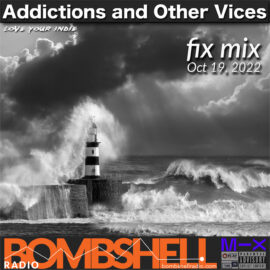