One summer in the early ’90s I drove around with only one cassette in my car and that was Born to Quit by the Smoking Popes. Led by the Illinois-born Josh Caterer and his brothers Eli and Matt, the band were nothing short of a revelation. Josh’s lilting vocals has all the elegance of Sinatra and the finesse of Morrissey, but it also had muscle. The songs? Good god—I mean, the album only clocks in at 28 minutes but the songs were so timeless and unique, you could cycle through it 50 times and repeat listens never chipped away at the brilliance of the tracks, it only reinforced that you were listening to a stone cold classic. The Popes tore it up—they toured with Green Day, Jawbreaker and Morrissey, had a bit of a hit with “Need You Around,” had their songs appear in movies like “Clueless” and “Tommy Boy” and found Morrissey himself declaring that he absolutely loved the band. Over the course of their career the Popes have put out seven albums, played massive gigs, like Riot Fest in 2016 and though they’ve broken up, gone on hiatus and reformed, they remain one of the most enduring outfits out there. As for Josh, you’ll hear a lot about him in this interview, but Josh has founded other bands like Duvall and the Jackson Mud Band over the years and his new album The Hideout Sessions is a live gig that was recorded in Chicago in October of 2020. Raw, powerful, intimate, and rousing, The Hideout Sessions finds Caterer pushing his voice in ways he never has before—he’s always been a great singer, but the evolution of his voice is on full display here—there’s a new layer of intensity and fragility that makes this live document incredibly moving. In this conversation we talk about the faulty Spotify model, the ‘90s, Jawbreaker, having COVID and why being found brings real understanding to being lost. 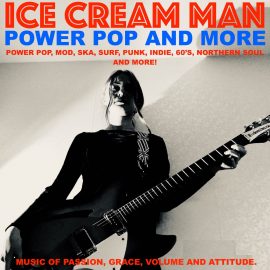